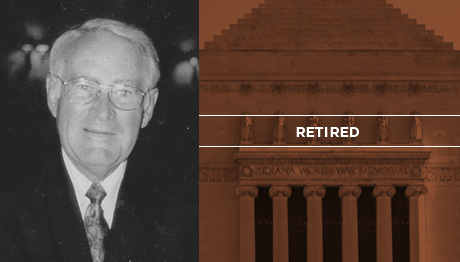 Richard Cardwell graduated from Kokomo High School in 1951. He was a double major in journalism and government at Indiana University Bloomington, where he was a letter winner in golf and a member of Sigma Pi, the IU Student Foundation, and the Union Board.

Richard joined the law firm and Hoosier State Press Association in 1958 and followed Wray Fleming as the general counsel of HSPA. His distinguished career included serving as chairman of the board of publications of Indiana University and the committee on public notice advertising of the National Newspaper Association. He was the primary author of the Indiana Open Door Law and Access to Public Records Act, and he represented the newspaper industry before the Indiana General Assembly on First Amendment causes throughout much of his career. He served as a member of the Indiana Supreme Court Committee on Character and Fitness from 1974-1982 and 1990-1998.